Today we went to the beach along the westcoast of Denmark. The beach is called "Nymindegab strand". It was very cold and windy, the sea was roaring, and there were no one else on the beach. Our dog Tikka, who is 2 years old, ran along the shore line, playing with the foam from the waves. The thing is, we always stand for a while, before deciding wether to go left or right, and because of Tikka we turned left.

After walking for only 5 minutes, we found af bottle - with your letter. We were so surpriced to find that it came all the way from England. Your letter brought us so much joy.

We hope you receive this e-mail :-)

It's Mr Wolf (but where is Granny?)

As our new topic we have been reading 'Wolves' by Emily Gravett. We were lucky enough to get a visit from Mr Wolf himself (it was actually a little scary). He is concerned at the number of rumours there are about him and have asked the class to help to clear his name and discover what is fact and what is fiction. We have agreed and are going to research wolves and use the information we find to create some posters for the general public. 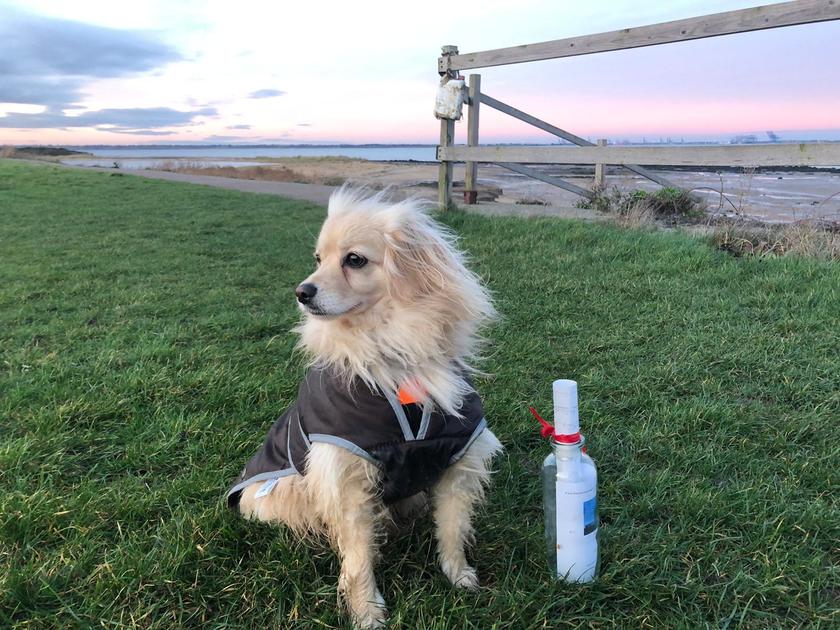 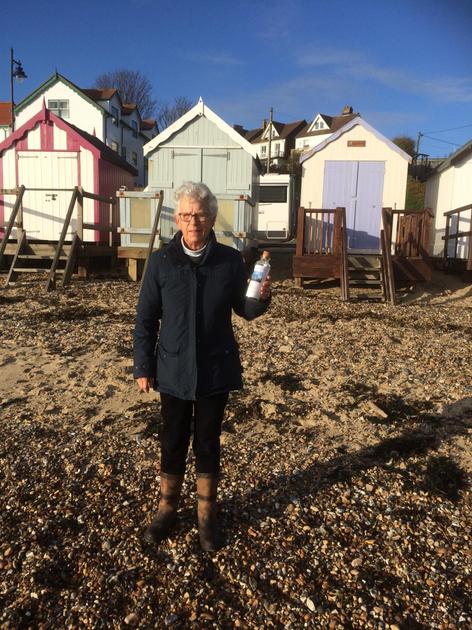 The children could not believe it when we started to receive emails from people that had found our bottles. Our first mail explained that the bottles had all been found together, just up the coast from Minnis Bay, the finder had then relaunched them. the second bottle was found in Walton on the Naze by a man called Jack. He sent some fabulous pictures of the beach and his dog with the bottle. Our most recent email was from a lady called Elizabeth. She found a bottle in Felixstowe and has sent it back out again with the local fisherman to be relaunched...who knows where it will go!

As part of our topics for Flotsam and Heart in a Bottle, the children had the idea of sending a message in a bottle. They each wrote a message, explaining who they were and where they were from. we travelled to Minnis Bay in Kent on a very cold winters day and launched our bottles.

Message in a Bottle

We are reading The Heart in a Bottle by Oliver Jeffers. It is an uplifting tale explores the themes of love and loss.

We discovered an empty chair in our classroom on Monday and used 'Talk to the Hand' to think of questions about the chair. Why was it there? Who did it belong to? Where were they? When did they leave it there...

The Heart in a Bottle

We had great fun being Secret Agents...

Can you guess our identities?

Bowie class have started the year looking at the book Flotsam by David Wiesner. Mrs Asker shared with the class all of the things she had found washed up on the beach over the summer (Flotsam). We have had great fun being detectives and working out what some of the objects were. Most intriguing was an old camera film, we have had it developed and it had some very unusual photographs on it!

The children have been analysing the 'photographs'  thinking about:

This year, our accredited Nurture class (the only one in SE London and the only SEMH in the UK), will be finding out about David Bowie and why he is seen as a British Super Hero. Ms Ryan, Mr Singh and Mrs Brock will be guiding the class through this amazing super hero's life.